← more from
Overseas Artists Recordings
Get fresh music recommendations delivered to your inbox every Friday. 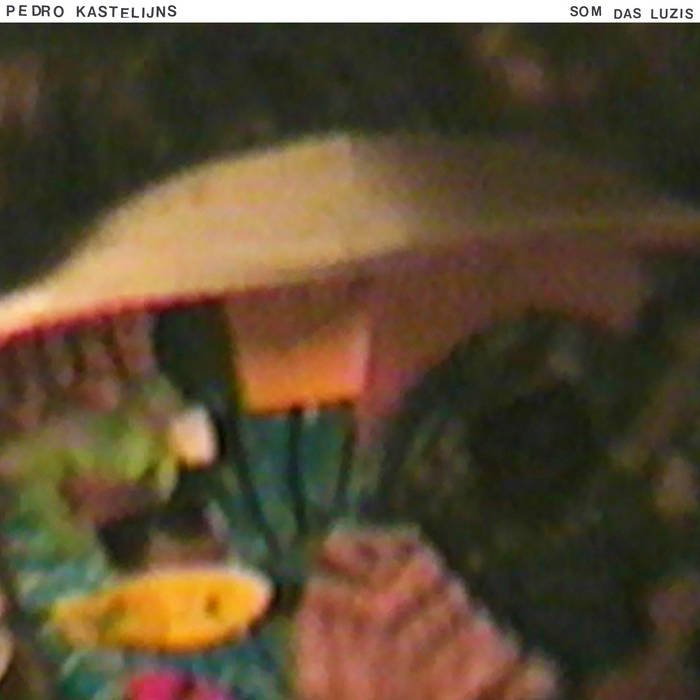 At the age of 15, in Goiânia, Brazil, Pedro Kastelijns began making music to help overcome the weight of the world he began feeling as his childhood ascended into adulthood. Kastelijns soon came to discover himself as an artist, first through music, then with drawings.

Som das Luzis, translated as Sound of Lights, is Pedro Kastelijn’s first internationally distributed album (via OAR on December 6). He describes the work as a personal prophecy. “Luzir” in Portuguese means “to shine, gleam, glow” — and even “to blaze, grow, and bloom”. With those verbs as inspiration, Som das Luzis was realized.

“I locked myself in my room to dream and to ask for myself to grow and bloom in 12 songs. The album is essentially a request to the universe for a chance to shine, to be part of something bigger than myself, here on Earth”, Pedro describes. It was a 5-year long process.

“I was already involved intimately in the music scene of Goiânia, seeing my friends from Boogarins, Luziluzia, Carne Doce and many other acts in town making recordings, playing concerts and touring. I felt compelled to follow the same path. Benke (Boogarins’ guitarist) lent me some good microphones and his old set of drums, basically the stuff he used to record Boogarins first album As Plantas Que Curam (2013). He also brought me good guitar pedals, and a 2-channel sound card that he got during Boogarins’ first tour in the US. So suddenly I had a lot of new gear and I was ready to record my first full length album.”

“The recording period was a very fun period of my life, surrounded by a lot of music, jams, art making, friends and parties. Inspired by my creative friends at the time, Som das Luzis was a calling to the universe and myself to open the doors that would lead me to the creative life and music career I wanted for myself. It is an album that with its making I was knocking on the doors of my authentic and creative path.”

Following the release of a collection of his early recordings, Raposa (2015, Lalonge), Kastelijns toured as a solo act in major Brazilian cities — São Paulo, Recife, Brasília, Porto Alegre. In 2017, Pedro released Assim Nascem as Amoras, a multimedia project consisting of a book with Pedro’s drawings and poetry accompanied with an original soundtrack recorded and produced by the artist complimenting a short film.

Now based in Amsterdam, Kastelijns can be found performing concerts throughout Europe, when not experimenting in his visual arts studio getting his hands dirty.

Som das Luzis will be released worldwide on OAR on December 6.

All the songs, lyrics, instruments, recordings and blablabla by Pedro Kastelijns
Bass by Raphael Vaz in ‘Luzi 3’, ‘Flux Estelar’ and ‘Pop Gem 1’
Mixing by Benke Ferraz and Pedro Kastelijns
Master by Timothy Gerron

Pedro Kastelijns is a Brazilian artist and musician.

Bandcamp Daily  your guide to the world of Bandcamp